What's on your mind?

I'm looking for an episode about a woman who is in very brightly lit room. She's being shown events that will happen in the future including a map of the USA. The map showed new coast lines caused by rising sea levels. I can't remember if this was her dream or aliens or where the information was supposedly coming from. I remember watching this on tv in the 90s but I've never been able to find it again.

Wallworld was a graphic novel, set in the deep future. It depicted daily life in a small society of survivors of an atomic war. It was irregularly published on internet between 2010-2013, when it was suddenly deleted. The novel had no real name, but it was called Wallworld among the few fans.

It was purchased by an American law firm in 2013, who took it off the internet. It had less than 300 followers, but they were all contacted and threatened with severe copyright infringement charges by the law firm if they had taken any copies of the pictures.

The same law firm also tracked down the few original artworks that had been given away, and bought them all, paying up to $342000. This remained a mystery for two years.

The truth was revealed in 2015. John Gladstone, an American Investor, had been investigated for charges of market manipulation and insider trading. An anonymous portfolio had been traced back to him through various holding companies. This portfolio had invested on 78 occasions between 2012 - 2013, with a holding time average of 3 days, with an average profit of 83% on each investment, with only one that ended up red.

The Investor himself claimed that he had gotten these tips from the Instagram story Inside The Wall. It was his law firm that had acquired everything there was to find about the story. The case was closed through a settlement fine when the IRS found four unrelated Americans, none of them investors, who had made several of the same investments, telling the same story.

The owner of the Instagram account was not the author or artist of the series. The author himself could never be extradited to USA for hearing. He was incarcerated by law in a Swedish mental institution, and considered too dangerous to transport. His true name was never even revealed by Swedish authorities.

This story never really got any media attention. There was never any evidence against the series itself, the five were believed to know each other from the series comments field. There was an obvious connection between these five, and a settlement was reached before the series or comments fields were even used as evidence. The entirety of the series was submitted as evidence for the defendant, so it was never destroyed. It has to my knowledge not been published since, and with 300 readers ever of an 800 page illustrated story should make it one of the rarest reads ever.

The only review it ever got said "It's as boring as Days Of Our Lives, but incomprehensible. Everything is weird, nothing gets explained, and I don't get the inside jokes. And they're all so ugly!"

My uncles sister was Bonnie craig a couple of weeks agog the went to go visit her grave.

Dr. Roll can you tell me why I see small round lights flying around in my bathroom. Last night I saw a flashing light in my toilet roll stand. I am concerned because I don't know if this is harmful or not.

I am doing a school project on the 1-70 Killer can someone give me a list of sources of suspects supposably being the I-70 Killer? PLEASE

Does anyone have this case on video? It was reportedly profiled on episode 307 of Unsolved Mysteries aired on September 18 1994. I've seen the repeat of this episode (329 March 31 1995) but it didn't include the Kazakhstan UFO case (see https://thetvdb.com/series/unsolved-mysteries/allseasons/official). A friend of mine recently told me he's seen the original episode (307 9/18/1994) and it wasn't profiled in that episode either. So what evidence is there that this case was profiled on Unsolved Mysteries? And if it was what episode was it actually profiled in? Otherwise the UM Wiki article for this case should be removed.

(edited by Darkcolt)
The Kazakhstan UFO

I'm wondering if anyone can help me here. I'm trying to track down an old episode-I don't remember what season it was, but this segment concerned a soldier who suffered severe head trauma that seemed to give him psychic abilities, but also horrifying nightmares. They showed some of his drawings, inspired by these nightmares. One of was this angel-type figure.

What new cases should be profiled in future episodes?

It was the episode where this man was killed by his friend and his ghost/voice contacts this book writer from the dead and the book writer finds the wife and tells her what her husband told him. The book writer ended up passing away so he couldn't solve the murder and now the wife tried to solve it and apparently, the husband's voice told the man there was a witness to the murder. I believe the man killed was killed by his best-friend for like 1k or something like that. Does anyone know the name of the man, case, or episode on Unsolved Mysteries?

Can anyone tell me which episode featured the story of Elma and W.D. Crawford, who were murdered by their grandson, Keir (K.D.) Sanders in 1985 in Mississippi?

Volume 2 of Season 16 of Unsolved Mysteries is coming soon and a trailer released for it. 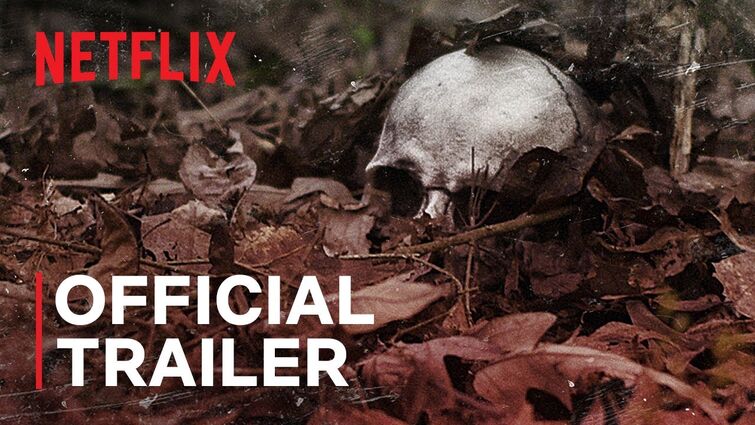 It's listed as unsolved, but maybe it shouldn't be. Seems likely it's the same guy!

I just read some articles on Loomis which is basically being discriminated against because you're ugly. This sounds terrible and backed up by science, but she very likely was abused and had emotional problems because she is simply put, ugly. I have also seen studies where ugly siblings are treated differently than their attractive brothers/sisters. If you have the means and/or motivation you can fix most of the issues you may have with your looks. And there's nothing wrong with wanting to improve your looks or fix aesthetically unpleasant attributes. But it is kindof sad that ugly people are judged and treated differently than attractive individuals. Our brains are hardwired to shun what is perceived to be unattractive, ugliness in that way is treated the same as an illness or disease that would prevent a person from being accepted as proper mate.

I’m interested in an old home, Riverview, which is located in White Pine, TN. It was built around 1850 and in 1893 my Great Grandfather was shot on the front steps.

I read, in an old thread on another website, that the house was show-cased on Unsolved Mysteries.

Having trouble finding the episode.

I remember it was a young man living with parents, possibly teenager who was very smart and in the early days of internet had s site advertising his repair business which he was very skilled at. He received a package he was not expecting but assumed it was for his business. The bomb that killed him was

eventually figured out made and sent by a customer he scammed. The scam was he received a computer or something that he promised to repair. Instead the young repairer kept the expensive item and sent a empty package to the customer. Of course all customers had his real agreed m address because that was how the business worked. The disgruntled customer was not a typical terrorist, he was so enraged he felt the need to kill first revenge.