Details: Carl and Mary Dennie are a married gang of con-artists who have been involved in a variety of scams. One of their most outrageous scams involved the "Sly Fox", a luxurious thirty-eight foot pleasure boat worth at least $80,000. Mary owned it and was using the alias "Mary Alvey" at the time. In April 1992, she took her young son night fishing in the Gulf of Mexico. According to her report to the insurance company, they soon ran into trouble. After hearing a loud sound, he checked the engine compartment and discovered that the hull had been breached. The boat began taking on water rapidly.
Mary and her son tried unsuccessfully to stop the intake of water. They then discharged their safety flares and made several Mayday calls. Within minutes, they were picked up by a Mexican fishing captain. After they entered his boat, they watched as the "Sly Fox" sank. They were later dropped off in Houston, Texas. Soon after, they contacted the insurance company to report the claim. She planned to collect $90,000. Her story was full of detail and drama. She even had the phone number of "Jose Reyes", the fishing captain who picked them up. For marine surveyor Tom Donnelly, the story seemed a little too perfect.
Tom contacted Monty Williams, a private investigator with experience in maritime fraud. He started his investigation by writing a letter to Jose. A short time later, he got a fax message back from him. He was suspicious of the letter and the whole situation. He did not believe that a Mexican fishing captain would send such a formal Spanish letter. He went to Mexico to speak personally with Jose. He discovered that Jose lived on a boat called the "Yucatan Explorer". It just happened to be a dead ringer for the "Sly Fox".
Monty went aboard, believing that it was the "Sly Fox". While on board, he met an elderly woman who told him to get off. He asked her who the owner was, and she said that he was a man named Carl King. He became extremely suspicious because that had been one of the previous owners of the "Sly Fox". He also believed that that was the husband or ex-husband of the claimant, "Mary Alvey". The elderly woman turned out to be her seventy-six-year-old aunt.
Monty contacted the Mexican police. Carl was arrested for being in the country illegally. Meanwhile, Mary was in the United States, trying to collect the insurance money for the "Sly Fox". She was then advised by Tom that it had been found in Mexico and that her claim was denied. She told him that he would be hearing from her attorney. He responded that she would be hearing from the FBI.
However, the FBI could not find Mary or Carl. Carl had posted bond in Mexico; he, Mary, their son, and her aunt soon vanished. The FBI soon learned that they had defrauded another insurance company in 1989. On that occasion, they reported the same boat stolen and collected on a $63,000 claim. For more than a year, Mary eluded authorities. Finally, she was tracked to Albuquerque, New Mexico, where she had rented a mail drop under the name "Mary Crouch". The FBI set up surveillance.
One day, Mary arrived at the post office to pick up some mail. An FBI agent posing as a postal employee began to follow her. When he called out to her by the name "Mary Alvey" she turned around. He then arrested her. She refused to be photographed, fingerprinted, or even questioned. They were not able to positively identify her until a court order allowed them to take fingerprints. It was then determined that she was actually Mary Dennie. "Carl King" was then identified as Carl Dennie.
In Albuquerque, Mary and Carl were allegedly running a new scam, posing as an elderly couple named Crouch whose son had recently died. In early 1993, Mary purchased several life insurance policies covering the life of her forty-six-year-old son, "Phillip Crouch". She and Carl filed claim with at least five different insurance companies. They backed them up with a forged death certificate and a "dummied up" newspaper article. None of them saw any reason to question them further.
Mary and Carl were supposed to receive up to $180,000 in insurance benefits. However, investigators were able to intercept some of the checks and notify the insurance companies that it was a scam. Mary was arrested and plead guilty to two counts of fraud; one was for the life insurance scam and the other was for the "Sly Fox" scam. She received concurrent twenty-month sentences. Carl remained at large. Then, on January 12, 1995, just six months before Mary was scheduled to be released, she left prison on a day pass. They have not been seen since. It is believed that they are with their two sons, aged twenty-six and fifteen.
Extra Notes: This case first aired on the December 1, 1995 episode.
Results: Captured. On the night of the broadcast, several viewers reported seeing Mary and Carl in Tecate, Mexico. One viewer even sent a video of them dancing at a nightclub four months before the broadcast. On February 23, 1996, they were arrested outside of Carl's home in Tecate. In July, they were taken to Dallas, Texas and turned over to US Marshals. Mary was returned to Florida where she was released for time served. Carl was sent to Baltimore, Maryland and charged with mail and wire fraud. Charges were reportedly dismissed upon his return.
Links: 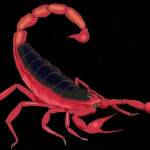