Details: Fourteen-year-old Ceara O'Connell was a student at Rush Henrietta High School in Brighton, New York. Her mother, Cheryl Kean, drove her to the Marketplace Mall on December 19, 1996, but she never returned home that night. Speculation is that she left home to meet someone as part of a series of vampire games on the Internet.
Authorities now believe that Ceara is with a twenty-two-year-old U.S. Airman named Brooker Maltais; he has since been listed as a deserter. Maltais and several friends allegedly ran their own vampire chat room on the Internet, called the "Black Rose Nightclub". According to her sister, Ceara had started playing a game on the chat room and then went to private chat rooms to talk to Maltais. It is now believed that Maltais was able to put a psychological hold on Ceara, which led her to run away from home and stay with him. Ceara's family hopes that she is still with Maltais, because otherwise they believe that she is now deceased.
Suspects: Brooker Maltais is believed to be with Ceara, although authorities and her family are uncertain as to whether she is with him willingly or not.
Extra Notes: This case originally ran on the February 27, 1997 episode about dangers related to vampirism. Another case featured about the subject was the murders of Naoma and Richard Wendorf. It also was featured on an episode of The Maury Povich Show about online predators.
Results: Solved. On April 16, 1997, Ceara was recognized from her photo on the The Maury Povich Show and discovered living with Maltais in southern Illinois. Ceara had been identified by one of Maltais's coworkers at a telemarketing firm. They passed themselves off as either father and daughter or brother and sister. He never allowed her to leave their apartment, watch television, use a telephone, or write letters home.
Ceara has since been reunited with her family. In July 1997, Maltais pleaded guilty to charges of statutory rape; he was not charged with abduction because Ceara and her family confirmed that she had gone with him willingly. He was sentenced to four years in prison in military court.
Links: 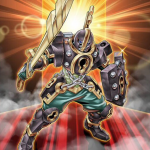