Details: At 8:55PM on the night of December 29, 1991, Steve Marks was on his way to meet his two brothers-in-law at a friend's house on Powell Street in Austin, Texas. Less than a block from the house, he pulled behind a tan-colored car. He noticed that it was driving very slowly. He followed it down the street and then pulled in front of his friend's house. In the meantime, the other car pulled into the parking garage ahead of his friend's house. His brothers-in-law arrived about a minute later.
Mike and Bill Goins encountered the same car two blocks from the house, going the wrong way on a one-way street. The brothers motioned the other car to get out of their way, which it did soon after. They had only a brief glimpse of the driver and passenger of the car. At 9PM, Mike and Bill met Steve at their friend's house. The house was just 200 feet from a twenty-four hour "do it yourself" car wash.
As the three men stood on the porch, they heard a woman's screams coming from the car wash. They then heard the sound of a car door or trunk slam. Finally, they saw a car quickly pull out from the car wash, nearly avoiding a collision with two other cars. The men then realized that the speeding car was the same one that they had encountered just a few minutes earlier.
A few seconds later, Steve and Bill arrived at the car wash. Unlike most nights, it was eerily deserted. They found an abandoned white Mazda MX-5 that was covered with soap. When Steve looked inside, he saw a set of keys and a purse on the front passenger seat. Realizing something was wrong, he went back to the house to call the police. The owner of the car was identified as twenty-eight-year-old Colleen Reed. She was a certified public accountant who had lived in Austin for four years.
Police traced Colleen's movements on the day of the crime. Earlier that day, she had gone to church with her boyfriend. Then, she spent several hours doing community volunteer work. That evening, she went to the market and then withdrew cash from her bank machine. She arrived at the car wash at around 9:10PM. Police believe that she was kidnapped by the two men in the tan-colored car.
Colleen's family hopes that they will one day find out what happened to her.
Suspects: The two men in the tan Ford Thunderbird are considered the prime suspects in Colleen's abduction. It is suspected that they may have followed her from the bank machine.
Police are hoping to locate the drivers of two cars that the abductor's car almost collided with as it pulled out onto Fifth Street while fleeing the car wash.
Extra Notes: This case first aired on the April 29, 1992 episode.


Results: Solved. In April of 1992, Alva Hank Worley was arrested in Belton, Texas. He quickly admitted to his involvement in the kidnapping, but claimed that the last time he saw her, she was alive. The other man involved in the abduction was identified as serial killer Kenneth Allen McDuff. He had been previously convicted of three murders, but was released in 1989. He owned a 1985 Ford Thunderbird similar to the one described by witnesses. Hairs found in the car's back seat and trunk were similar to Colleen's. One of the witnesses also identified him as one of the abductors.
Worley pleaded guilty to the abduction was sentenced to forty years in prison. He was denied parole several times; he will next become eligible in 2021.
In May of 1992, McDuff was arrested and charged with Colleen's kidnapping, rape, and murder. In January of 1994, he was tried and convicted of the charges. However, at the time, her body had not been found. Shortly before his execution in November of 1998, he led police to her body, located on the banks of the Brazos River, just outside of Marlin, Texas, the county seat of McDuff's native Falls County. Her remains were identified through dental records.
Links: 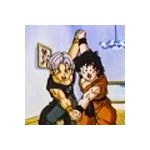