Details: In the early morning hours of November 10, 1987, a rock was thrown through the back door of a bank in Santa Barbara, California. This incident was first believed to have been a simple case of vandalism, but police now believe it was one part of an ingenious plot committed by a meticulous bank robber.
At around 8AM on November 13, two tellers entered the same bank and began work as usual. Everything seemed fine until a masked gunman appeared and told them to get down on the ground. He showed them a police scanner and told them that he would kill them if they tried to summon help. He then told them to get the reserve cash out. According to the tellers, he seemed to know a lot about the banking system.
At 8:30AM, the bank manager arrived, but could not get in because the door was locked. At the same time, the robber handcuffed one of the tellers to the vault's interior door and the other to a movable cart. He then went to a different part of the bank. At this point, the manager saw the robber and immediately went and called the police. Within minutes, police had surrounded the bank and set up a command post.
Meanwhile, the tellers listened and felt that the robber had left the first floor. The one teller, handcuffed to a movable cart, called police and told them that she believed that the robber was on the second floor. A SWAT team then covered all of the exits of the banks. They then called the one teller and told her that she had to lock the other teller in the vault so that the robber could not take her hostage. The teller attached to the cart immediately left the bank to safety.
Soon afterwards, the SWAT team entered the bank and tried to locate the robber. The hostage in the vault was freed and a thorough search in the bank began. However, no sign of the robber was found. He had vanished apparently before the police even arrived. The robber had made off with over $130,000. No fingerprints were found. However, authorities later discovered that the robber had glued the alarm buttons in the "off" position before robbing the bank.
Police now believe that he broke the door three days earlier to see if there was any perimeter alarm. They believe he waited to see if any police would arrive. When they did not arrive, he tampered with the outer doors and system. Three nights later, he used power tools to get the door opened and then placed proxy locks on the door. He then glued the alarm buttons and waited for the tellers to arrive. He has yet to be identified or located.
Extra Notes: This case first aired on the February 15, 1989 episode. It was excluded from Amazon Prime episodes.
Results: Captured. The FBI later identified a suspect in the case, but the man died in a motorcycle accident before he could be arrested. The case is now closed because authorities believe that they had enough evidence that the man was the robber.
Links: 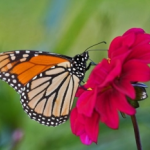