House of the Dragon Trailer - The Loop

Details: At around 2pm on the afternoon of Sunday, April 23, 1995, eight-year-old Dimitric Moore said goodbye to his mother Ora Lee and went outside to play with the neighborhood kids. Later that evening, when he still had not returned, Ora began searching for him throughout New Smyrna Beach. At 9pm, she called the police to report him missing. Over the next day, she, her family, her neighbors, and the police searched for Dimitric. At 4pm, his brother Damin made a gruesome discovery. He found Dimitric's nude body in the trunk of Ora's car.
Initially, it was suspected that Dimitric may have accidentally locked himself in the trunk and died. However, an autopsy proved that he had died from asphyxiation and ruled his death a homicide. He had been dead between eighteen and twenty-four hours. Police suspected that Ora had killed her son; she was questioned multiple times for several hours but denied any involvement. In December of 1995, she was arrested and charged with voluntary manslaughter in the death of her son.
The trial began on May 28, 1996. Prosecutor J. Stephen Alexander claimed that witnesses saw Dimitric come home at 8pm on the night he died. This was one hour before Ora reported him missing. Alexander theorized that Ora became infuriated with Dimitric when he came home dirty. He claimed that she threw her son into a bathtub, beat him, and caused him to drown. Injuries to his body were consistent with this theory. Afterwards, she placed his body in the trunk.
Wet clothes were found in the trunk next to his body. Bruises and cigarette burns were also found on his body. Furthermore, the medical examiner noted that his body had been thoroughly cleaned. Alexander also pointed to inconsistencies in her story and her apparent lack of urgency about her son's disappearance. Finally, he noted a statement she made in an interview with a journalist, where she said that she did not smother or drown her son. However, at that time, police had not released his cause of death to the public. According to Alexander, she knew details of the crime that only the killer would know.
Ora maintained her innocence at trial. Her defense attorney showed a tape of one of Ora's interrogations. The investigator reportedly told her about her son's cause of death. Also, neighbors testified that they could hear conversations between their dividing wall. However, they did not hear anything suspicious on the night of Dimitric's death. Furthermore, a forensic pathologist suggested that the bruises on his body could have been caused by a juvenile fight.
In June 1996, Ora was found not guilty in the death of her son. One of the jurors later stated that she did not believe Ora could have killed him. The local police closed the case, believing that she was guilty. Ora continues to maintain her innocence and wants to find her son's killer or killers. She suspects that neighborhood boys that Dimitric was seen with on the night of his death may have been responsible.
In February 1997, state investigators agreed to re-open the case. They are now looking into the possibility that the neighborhood boys killed Dimitric. Interestingly, the boys lied to police, claiming that they had not seen him that day. According to some adults and one of Dimitric's friends, several of the boys were seen bullying Dimitric, who was smaller than them. One witness claimed that one of the larger boys was holding Dimitric to the ground, forcing him to eat dirt.
Ora and some investigators suspect that the boys killed Dimitric accidentally during a fight and that their parents helped clean up his body. Ora believes that while searching for Dimitric, the parents may have placed his body in the trunk of her unlocked car. She recalls that two women approached her near the basketball court and told her about Dimitric getting into a fight near some railroad tracks. She believes that while they walked to the tracks, someone else placed Dimitric's body in the trunk of her car.
The next afternoon, Ora's neighbor Stephany Washington was flagged down by one of the boys that played with Dimitric. He told her that Dimitric's body was found near the railroad tracks and that he had been beaten to death. Of course, this was not true; his body would not be found until two hours after this conversation. However, no other suspects have been publicly identified in the murder.


Suspects: Ora Lee Moore was considered the prime suspect in Dimitric's death. Prosecutors believed that she beat and drowned him in the bathtub after he came home dirty. Some evidence supported this theory. However, she was acquitted at the trial. After the acquittal, police looked into other theories.
The only other possible suspects in the case were neighborhood boys who were seen with Dimitric on the afternoon of his death. The boys initially lied to police about being with him that day. Several witnesses saw them bullying Dimitric. One boy told a neighbor of Dimitric's that his beaten body had been found near railroad tracks, even though this was not true. His body was found in his mother's car shortly after that encounter.
Extra Notes: This case was featured in the May 9, 1997 episode. It was excluded from Amazon Prime episodes.
One of the witnesses from the trial, Dimitric's friend Perry Baker, is now a professional American rugby player.
Results: Unresolved. As a result of the broadcast, investigators received several dozen calls about the case. However, none of these leads panned out. Officially, the local police still consider the case closed.
Links: 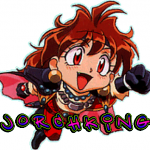