History: Several aviation researchers believe that a new generation of sophisticated military aircraft are being developed, with technology well ahead of its time. Others believe that the technology for the aircraft is from some sort of alien technology.
Various pieces of video evidence have surfaced, seeming to confirm the belief that new, secret aircraft are being developed. One video shows a pencil-thin craft trailing balls of golden light. Some believe it is evidence of a new propulsion system. Another video shows a mysterious object traveling at a high rate of speed, maneuvering quickly. In another video, several eyewitnesses observe a mysterious aircraft hovering over the Nevada desert.
Steven Douglass is a journalist who has researched several instances of the strange sightings of the aircraft. In 1992, he claimed to have seen another strange unknown aircraft flying over his home with a unique contrail; he believes that it is proof of a new experimental engine technology known as a pulse-detonation-wave engine. The Air Force was unable to identify the source of the contrail. This incident along with photos was published in an article in Aviation Week & Space Technology Magazine.
Another sighting occurred in 1992 at a mock war-game near Roswell, New Mexico, when Steven saw and videotaped a strange triangular object in the sky. Coincidentally, the sighting occurred near where an unknown object crashed in a field in Roswell in 1947, called the Roswell Incident.
Steven believes that the second object that he saw was the TR-3A "Black Manta," an aircraft seen by several people that is apparently being hidden by the military, who continues to deny its existence. The military suggested that it was a Navy EA-63 Prowler. Steve does not believe it was related to the Roswell Incident.
Background: None
Investigations: Steven Douglass has investigated several of the "interceptor" sightings.
Extra Notes: The case was featured as a part of the March 2, 1994 episode.
Results: Unresolved. The Air Force has since confirmed that a plane called the "Manta" does exist. However, it is unknown if this craft is responsible for all of the "interceptor" sightings.
Links:

Stills from Videos of Mysterious Aircraft 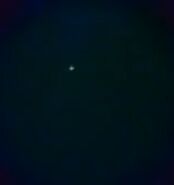 Mystery aircraft that traveled at high rate of speed 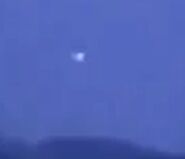 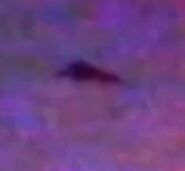 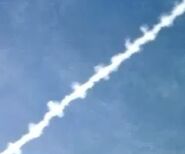