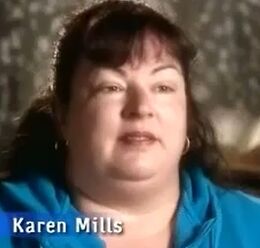 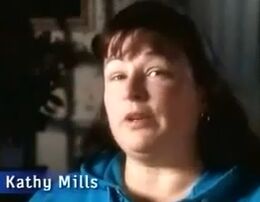 Details: Identical twins Karen and Kathy Mills were born on April 25, 1959 in Memphis, Tennessee. From the beginning, they were inseparable. They have always felt that they had some sort of psychic or telepathic connection. As they grew older, Karen began to feel any pain or emotional turmoil that Kathy was actually experiencing. As teenagers, Karen would suddenly become irrationally angry, only to find out later that her twin had just had a fight with her boyfriend. When Kathy gave birth to a child, Karen felt every agonizing moment of the labor.
Lisa Ganz has interviewed thousands of twins worldwide in her quests to understand the mysterious aspects of being an identical twin. According to her, "sympathetic pain" is quite common between twins under extreme circumstances. The twins claim that along with sympathetic pain, they can also communicate telepathically. Their ability was shown on Halloween night in 1978.
On that night, the twins and their older sister Sharon had dressed up for the holiday and were celebrating at a local club. At 8PM, Kathy and her date decided to leave early. Shortly after arriving home, the couple was suddenly assaulted by two men. The men robbed the couple at gunpoint. At that same moment, Karen was hit by an overpowering emotion. She said that she had to get home immediately.
However, she would not reach home in time. The robbers became enraged at the small amount of money Kathy and her date had. They then forced Kathy into their car and drove off. Minutes later, police arrived and questioned her date. Shortly after that, Karen pulled up in a state of panic. She told police that she knew where Kathy and her abductors were. She began to receive a series of images from Kathy about her location. She could even sense the upholstery and carpet in the abductor's car.
Karen had a glimpse of a sign and knew that they were on Airways Boulevard. She told police this, but they did not believe her at first. However, she was right; Kathy had caught a glimpse of the street sign from under her blindfold. At that point, her abductors became vicious. They began striking her over the head. She was convinced that they were going to kill her. At that same moment, Karen saw and felt the attack on her twin. Specifically, she saw a gun coming down and hitting her on the head.
Kathy was convinced that she was going to die. However, the car they were in suddenly ran out of fuel. Her abductors then attempted to siphon gas from another vehicle. One of the abductors stole a garden hose, which caused some dogs to start barking. The couple in the house came out and saw Kathy and her abductors. One of the abductors fired two shots at the house; they then fled with Kathy on foot.
Meanwhile, Karen retreated to her apartment and waited for word from the police. By that time, their older sister Sharon had returned from the nightclub. Suddenly, Karen claimed that the "transmissions" from her twin resumed. She saw Kathy running and she noted that it was cold. She was relieved to realize that Kathy was still alive.
In response to the gunshots, police descended on the neighborhood. Kathy's abductors decided to let her go. She was rescued by the police; unfortunately, her abductors escaped capture. Kathy was taken to the hospital, where she was met by Karen, Sharon, and their mother. The two began discussing the abduction. Karen realized that many of her "visions" were accurate and were exactly what Kathy had seen. Their older sister Sharon was also certain that Karen's visions were true.
Karen and Kathy are certain that they have a psychic connection and can feel each other's pain. This connection continues between the sisters to this day.
Extra Notes: