Results: Wanted. In mid-October 1992, "Brenda" spotted the man she believed was her attacker in a grocery store parking lot in Algiers. When he saw that she recognized him, he fled the area. From 1992 to 1995, at least eighteen more women were killed in the New Orleans area. Local police and the FBI suspect that they may have also been victims of the same killer.
In May 1995, New Orleans police and the FBI formed a task force to investigate the murders. In August, they announced that Victor Gant, a New Orleans police officer, was a suspect in the case. Specifically, he was suspected in the April 1995 murders of Karen Ivester and Sharon Robinson, who were believed to have been murdered on the same night by the same killer. A shoe-print tread next to Karen's body matched Sharon's shoe. Sharon was Gant's ex-girlfriend and she previously claimed that he had abused her. Karen was a friend of Sharon's and he reportedly held a grudge against her. He also matched the suspect sketch that was based on Brenda's description. He has never been charged and some believe that members of the police department may have covered up his involvement because he was a fellow officer. In August 1996, he was dismissed from the force.
In March 1998, another suspect, a former taxi driver named Russell Ellwood, was arrested and charged with second-degree murder in the cases of Cheryl Lewis and Delores Mack, two of the suspected victims who were found murdered in February 1993. Police noted that he was suspected in at least nine other murders. He became a suspect in 1994 after he was found hanging around the area where Cheryl and Delores's bodies were found. In the past, he had made several statements alluding to the fact that he had murdered prostitutes. While in jail on unrelated charges, he described in graphic detail how he drugged and choked prostitutes before dragging their naked bodies away. He later confessed to an investigator that he had taken a black female and "placed" her in the water.
Ellwood's ex-girlfriend testified that he had taken her to see two of his victims' bodies. Several prostitutes testified that he had given them drugs and then attacked them; these attacks took place around the time of the murders. Several witnesses reported seeing him with Cheryl several times prior to her murder. However, investigators later discovered that he was in Ohio at the time of Delores's murder, so the charges in that case were dropped. In 1999, he was convicted of Cheryl's murder and sentenced to life in prison. Since he is Caucasian, he is not believed to have been involved in some of the murders.
Gant remains a suspect in several of the murders, but he has not been charged. As of 2016, investigators have been working on testing evidence at the crime scenes for DNA. Investigators also believe that another suspect in the murders may still be out there who has never been identified.
Links: 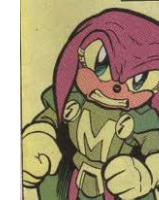