Edit
watch 01:54
Obi-Wan Finale - The Loop
Do you like this video?
Play Sound 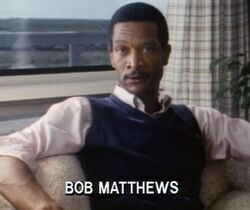 Details: Nineteen-year-old First Class Airman Robert Matthews was preparing for his first tour of duty at a nearby outpost. He arrived by bus in front of Dutra's Market (now called Salty Market) in North Truro on Cape Cod, Massachusetts at 8:45pm on October 1, 1966 and noticed that the place was deserted. He called the base and they told him that they would send a truck to pick him up. He claims that while standing there, he saw strange lights moving from right to left across the sky. He felt a great amount of fear while seeing these lights.

Robert ran back to the phone and called the base back. They asked him where he had been, and even though he thought he was there the entire time, they said that they had sent a truck down there five minutes after the first call but when they went by, he wasn't there. Nearly an hour later at 9:45pm is when he called them back, even though in his mind, the calls appeared to be only four minutes apart. When he arrived at the post, he was questioned by several military men in civilian clothes, and he continued to tell the story that he was at the market, and they began asking him about the strange object in the sky. They believed that he was lying and may have been drinking, but he denied this and insisted that his story was true. He would eventually serve in Vietnam, but never forgot his strange incident in Cape Cod.
However, this was not the only UFO encounter that Robert had in his life. When he was about five or six years old, he saw a green glowing figure in his bedroom, and tried to scream, but nothing came out. He lost his voice and hearing. Then all of a sudden, it came toward him, lifted up his pajamas, and then did something to his chest. But when he told his mother, she didn't believe him.
Years later, in 1987, he found a book by Budd Hopkins, a UFO researcher, about a phenomenon called Missing Time and became certain that it had happened to him. He also saw the picture on the cover and was certain that that was the one he saw in his bedroom when he was a child. He then went under hypnosis, and described that he had been abducted by aliens and that they probed him.
Several other people have experienced this activity. New York choreographer Kristina Florence claims that she has had numerous experiences of Missing Time and alien abduction. However, many wonder, if these stories of Missing Time are true. Budd believes that the reason is reproduction, and an ongoing genetic experiment done by the aliens. Susan Fox, a psychologist who studied the phenomenon, learned from several people who experienced it that several complications have occurred with their reproductive organs, which may have been a result of the experiments.
Suspects: It is believed the phenomenon is linked to UFO activity. Budd began receiving letters from people who had UFO sightings and about Missing Time and he later wrote two books about it, Intruders and Missing Time. He is certain, based on all of the evidence from the cases, that it is real, but hopes that one day, it will stop because of the problems that have happened to the people. He believes that a scientific investigation needs to be done about it. He has researched several cases about Missing Time and has investigated both Robert and Kristina's cases. He had Robert hypnotized to see if he could remember what happened in October 1966, and he, under hypnosis, told about three lights in the sky that hovered around, and then a red light went straight toward him. He then saw light come out of it and he walked up a ramp, looked inside, and saw three beings inside, and what looked like a doctor's office. They looked at his chest, took samples from his body, and probed him. After his hypnosis, he was able to return to Cape Cod and explain what happened and where it had happened. Kristina also went under hypnosis in order to find out more about what happened.
Extra Notes: This case first aired on the November 30, 1988 episode.
Results: Unsolved
Links: