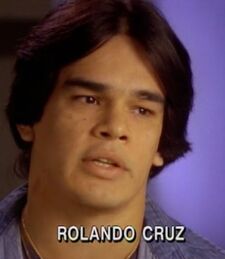 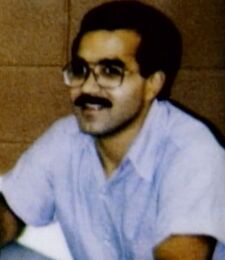 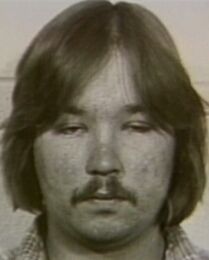 Details: On February 25, 1983, Chris Nicarico and her friends came home from school to find the door to her house kicked open and her younger sister, Jeanine, missing. Jeanine was sick with the flu and stayed home that day. It is believed that someone kicked the door open and abducted her. A boot print was found on the door. Two more prints were found in the yard. A sheet and a blanket were missing from one of the beds. At first, it appeared to be a burglary gone wrong. Two days later, Jeanine was found dead in a park, two miles from her home. She had been sexually assaulted and beaten to death.

A $10,000 reward was offered for any information about the case. Alejandro "Alex" Hernandez came forward and claimed that he had been driving around and drinking with several men who claimed to have been responsible for the murder. Alex had an I.Q. of 76 and was known in the neighborhood as "Crazy Alex". He named several people that he claimed were involved, but only one person, Stephen "Steve" Buckley, could be connected to the murder.
Steve owned a pair of boots that closely matched the boot print found on the Nicarico's door. Investigators became more suspicious of Alex, suspecting that he and Steve were both involved. They set him up with an acquaintance, "Penguino" who had been arrested for burglary. Penguino was told to pretend to know who murdered another child. They told Alex that he was a junior deputy and would get $10,000 in reward money if he got Penguino to talk. A detective waited outside, hoping to hear Alex confess. Eventually, Alex bragged about being at the Nicarico murder scene. He claimed that he held her down, but did not actually kill her.
Investigators drove around with Alex, hoping that he could identify the Nicarico home or the crime scene. However, he never was able to accurately identify either place. Despite this, investigators decided to follow up on the other names that Alex had given them. One was nineteen-year-old Rolando Cruz, who was unemployed at the time; he had a few minor arrests. They asked him about Alex, but he claimed that, although he knew his name, he did not know him well.
When told about the reward in the case, Rolando claimed to have some information. He and Alex both implicated themselves during their statements. On March 8, 1984, a grand jury indicted Rolando Cruz, Alejandro "Alex" Hernandez, and Stephen "Steve" Buckley for Jeanine's murder. Investigators expected the men to turn on each other, but they did not. One investigator quit in December 1984, believing that the wrong men had been arrested.
In January 1985, Rolando and Alex were convicted of Jeanine's murder. Steve's trial ended in a hung jury and the prosecutors decided not to retry him. Rolando and Alex were both sentenced to death for the murder. Six months later, police found the body of seven-year-old Melissa Ackerman in a drainage ditch just a few miles away. Like Jeanine, she had been abducted and raped prior to death. Five days later, a man under arrest for several rapes named Brian Dugan was charged with Melissa's murder.

In November 1985, Dugan confessed to his attorney that he had killed three people: Melissa, a nurse named Donna Schnorr, and Jeanine Nicarico. An investigator gave his attorney several questions for him to ask Dugan. He asked him about the car that he was driving at the time of Jeanine's murder. He stated that he was driving a green Volare. He claimed that on the day of the murder, he did not go to work. His employer confirmed his absence. He claimed that he prowled through neighborhoods, smoking marijuana.
Sometime in the early afternoon, he knocked on the front door of the Nicarico home. He tried to talk to Jeanine, but she would not open the door for strangers. A few seconds later, he kicked the door open and abducted her. His confession completely matched the evidence. He remembered tying her up in a sheet from her bed and using the sheet to wipe his fingerprints from the door knob. He also claimed to be wearing boots that matched the prints on the door. He recalled driving her down a path into a wooded area where he raped her, beat her with a tire iron, and dumped her body.
Two witnesses backed up his story. Back in 1985, they had told police that they had seen a white man driving a green car on the afternoon of the murder. The car had almost gotten stuck turning around in a field near the murder scene. Dugan remembered seeing the men, who were tollway workers. Dugan's car also had tires that matched tire prints left at the crime scene.
Dugan was never charged with Jeanine's murder. In January of 1988, the Supreme Court ruled that Rolando and Alex should not have been tried together. They ordered two new and separate trials for them. Two years later, on January 11, 1990, Rolando went on trial for the second time. The defense intended to prove that Dugan was the only killer. However, the prosecution claimed that if Dugan was the killer, that Rolando and Alex were his accomplices.
An investigator testified that Rolando's cousin had told him that she had seen Rolando and Dugan together. However, the cousin denied this on the stand. Without direct testimony from Dugan, the defense had to depend on what the state police commander had learned about Dugan's criminal background and M.O. The prosecution objected and the judge sustained it. As a result, the jury heard almost nothing about Dugan's confession.
The prosecution argued that the footprints found outside of the Nicarico home proved that multiple people were involved in the murder. However, it was later determined that the footprints belonged to a woman. On Feburary 1, 1990, Rolando was again found guilty of murder; he was again sentenced to death.
The second trial of Alex Hernandez ended in a hung jury. At his third trial, he was again found guilty of murder and kidnapping. He was sentenced to eighty years in prison. Dugan's confession, along with other evidence, has many believe that the men are innocent. However, they remain in prison. Rolando faces execution on March 22, 1993.
Suspects: Brian Dugan
Extra Notes:

Results: Solved. In 1994, Rolando Cruz's conviction was overturned again. New DNA testing excluded Rolando and Alex Hernandez. In November of 1995, a judge acquitted him of murder. In December of 1995, Alejandro Hernandez's conviction was overturned and he was released. In 2002, Cruz was pardoned by the Illinois governor.
The new DNA tests identified semen at the crime scene as belonging to Brian Dugan. However, it was not until 2005 that Brian Dugan was charged with Jeanine's murder. He was convicted and sentenced to death on November 10, 2009. However, the death penalty was ended in 2011 and Dugan was re-sentenced to life in prison.
Links: